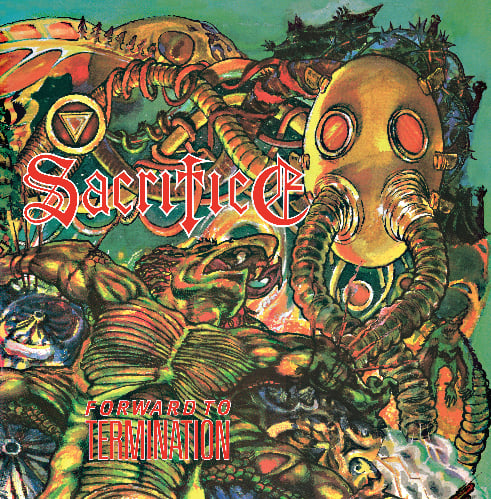 SACRIFICE should require no introduction. Formed in 1983, the band became one of Canada’s earliest thrash exports and, over the next ten years, largely defined the sound and style of Canadian thrash metal. In 1987, following the stage-setting debut of Torment in Fire, SACRIFICE released what’s widely considered their landmark album: Forward to Termination. With the title itself again sounding prophetic, Forward to Termination took the foundation of its predecessor and honed all its arsenal for maximum intensity; the songwriting developed more maturity, the execution tightened up even more, and the overall aggression was startling to behold. And the legend continued…