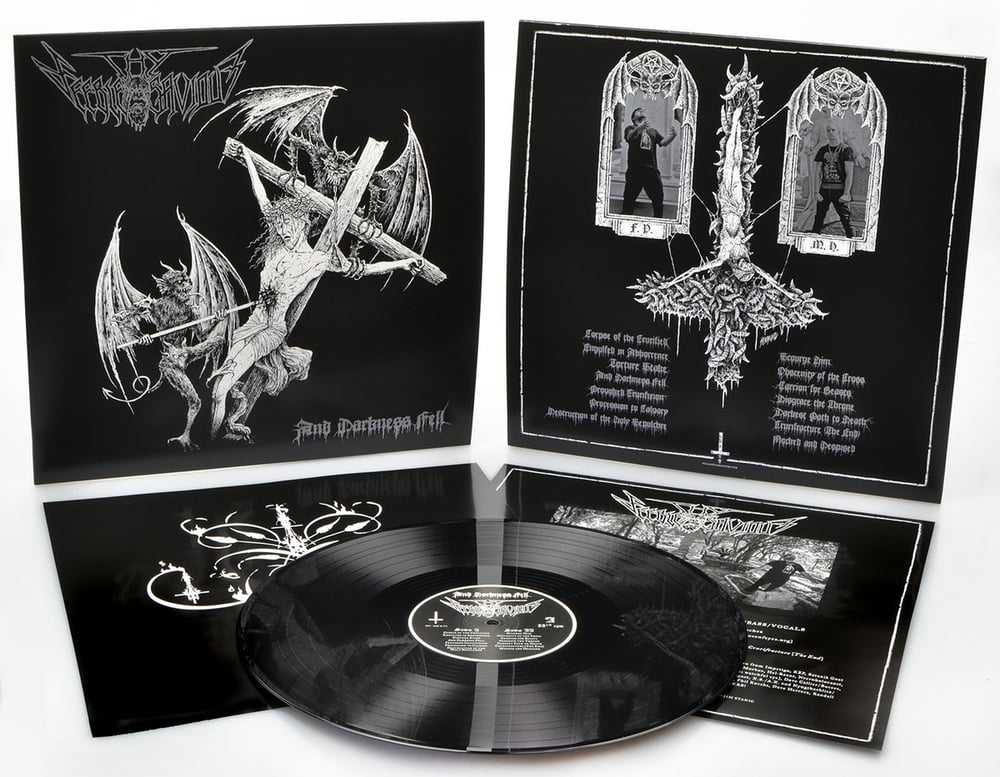 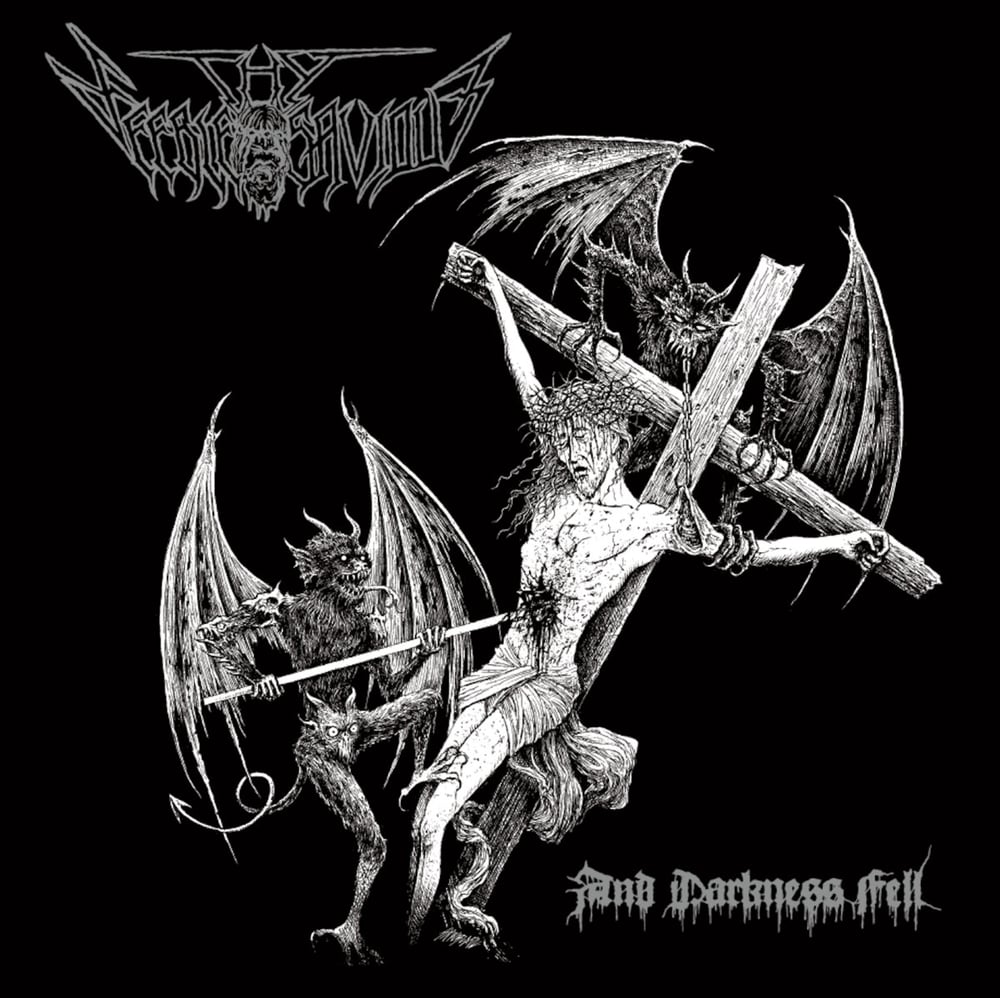 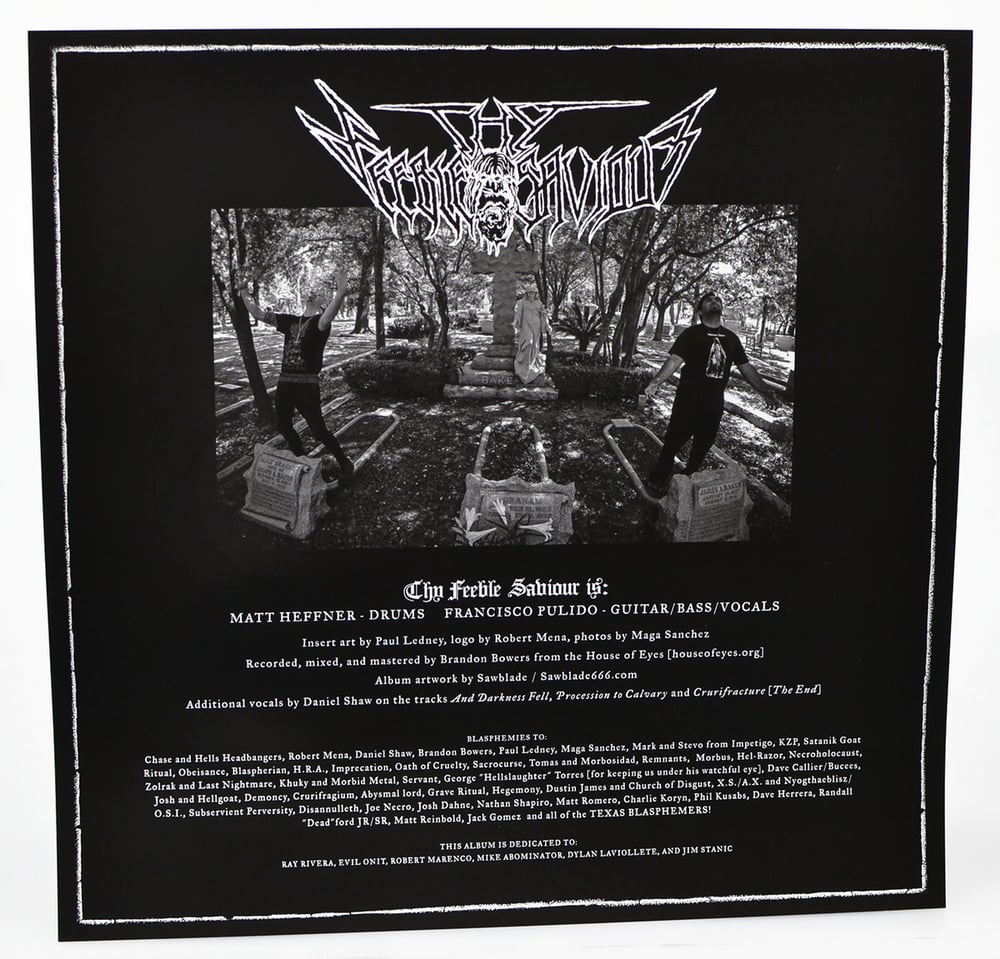 A cult name in the metal underground, THY FEEBLE SAVIOUR were one of the first bands to carry forward the torch of perverse primitivism originally lit by PROFANATICA before their successive comeback. And just like that pioneering American black metal band, PROFANATICA likewise have two eras.

THY FEEBLE SAVIOUR was formed in 2004 by Francisco Pulido after the demise of Sacreligious Torment, another early USBM band carrying PROFANATICA's torch. The band recorded a demo in 2004 titled And the Vomit Shall Spill Forth..., which was followed two years later by a split 7" with comrades-in-primitivism Jhesu Masturbator. THY FEEBLE SAVIOUR was then inactive until 2015, when Francisco teamed up with drummer and total maniac Matt Heffner (Blaspherian, Morbosidad, Oath of Cruelty). Newly invigorated, the duo recorded a six-track demo titled Blasphemic Disgust. The next year saw the release of a split cassette with American death metal sickos Ruin.

Now, at long last, 2017 sees the release of THY FEEBLE SAVIOUR's long-awaited debut album, through longtime fans HELLS HEADBANGERS. Fittingly titled And Darkness Fell, the album contains 14 tracks of utterly blasphemous black/death metal. Right from the ominous intro onward, And Darkness Fell explodes into being with a goat-grinding sensibility that's simply impossible to ignore - and even more impossible not to submit to. One black cum ejaculate after another, THY FEEBLE SAVIOUR create a desecrating whirlwind of barbarity and crudity that's quintessentially American - and proudly so. For And Darkness Fell is cut from a cloth too long neglected, too vile for trend-jumpers and tourists, resurrected in its most reviling form from a time when the divisions between black metal and death metal weren't so divided and divisive...

Both a continuation of the band's original era and their second, equally sick era, And Darkness Fell is totally THY FEEBLE SAVIOUR, and totally uncompromising - not for wimps!