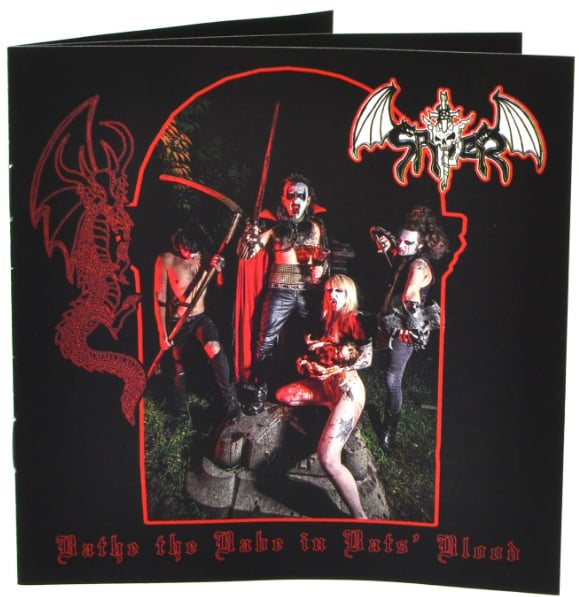 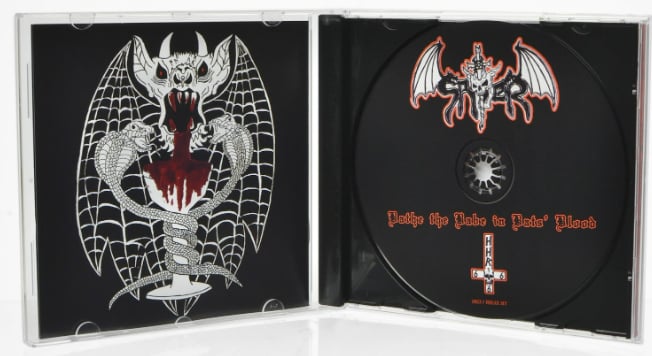 Featuring members of labelmates SHITFUCKER and Devil Master, SPITER made their recorded debut during the spring of 2021 with the Draconian Death Curse EP. Although it’d be semi-accurate to see the EP as a sonic union between SHITFUCKER and Devil Master, already SPITER exerted their own identity, ripping forth with a raw-yet-anthemic blend of cult blackthrash, obscure hardcore punk, and even the wildest deathrock. Immediately, the short-length garnered the band a great deal of attention.

The band picks up the tale: "Much like Dracula leaving Transylvania hell-bent on conquest, Richard Spider (Daemon Bitch of SHITFUCKER) moved to Philadelphia with the sole intent of forming SPITER. Alongside fellow magician Bat (Darkest Prince of Devil Master), and Philly punk drummer Snake (Disjawn), who was magically uncovered in a destined meeting, the lineup was complete. Following the path forged by the infernal and immortal Dragon, creating the True Vampyric Metal Punk in the name of our God and Father, Satan!"

Now armed with HELLS HEADBANGERS, SPITER’s first full-length fully displays the band’s considerable powers. More ripping, more anthemic, wilder and weirder and laded with a crisp-yet-crushing production, Bathe the Babe in Bats' Blood will put the name SPITER on the tongues of all who worship the dark and depraved. The album encompasses 10 songs in 36 minutes, swiftly and salaciously possessing the listener in a sanguine fury like few others. Each and every second literally explodes with electricity and excitement, SPIDER frothing with blood - both others' and their own - and seemingly drunk on their own undead energy. And each track is as immediately memorable as the last yet offering variety across that whirlwind landscape, commanding that listener to press "play" over and over...until it fucking hurts.

"SPITER has an unquenchable thirst for blood and glory," sagely state the band - and on evidence of Bathe the Babe in Bats' Blood, those black-leather wings will enwrap the world soon enough!