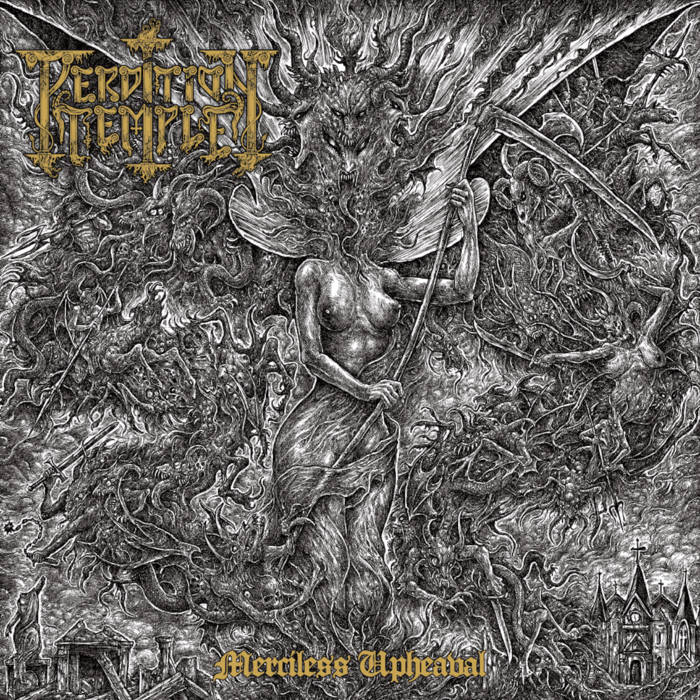 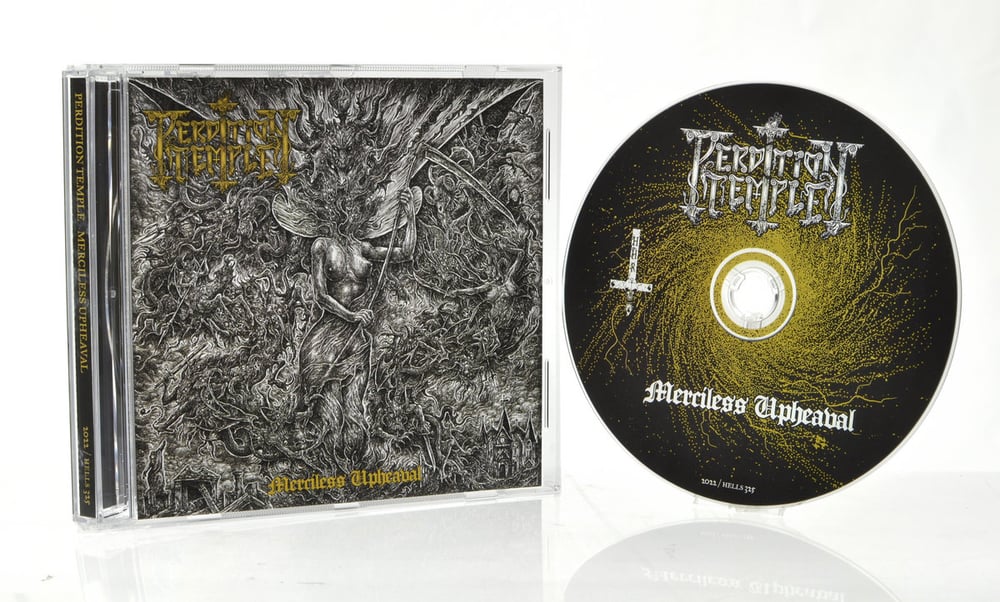 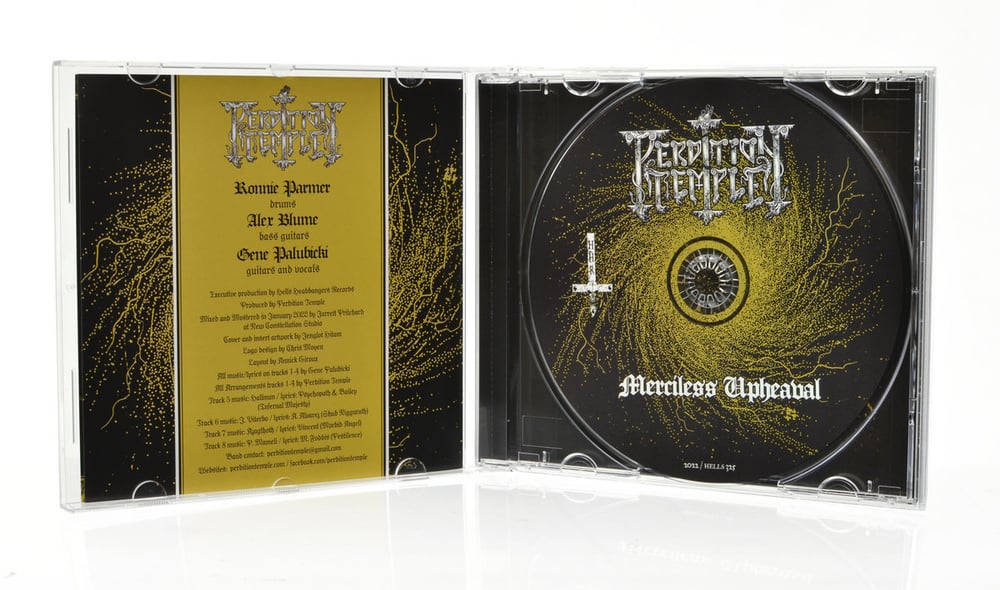 HELLS HEADBANGERS is proud to present a special full-length from PERDITION TEMPLE, Merciless Upheaval, on CD

In 2020, PERDITION TEMPLE blasted back into the spotlight with Sacraments of Descension, the band's second album for HELLS HEADBANGERS (and third overall). While it had been five years since the release of a PERDITION TEMPLE full-length, the reinvigorated lineup - vocalist/guitarist Gene Palubicki (Angelcorpse, MALEFIC THRONE, BLASPHEMIC CRUELTY), bassist Alex Blume (Ares Kingdom, BLASPHEMIC CRUELTY), and drummer Ron Parmer (Malevolent Creation, Bloodmessiah, Brutality) - kept their trademark sound but made it unfathomably more feverish and finessed. Truly, power-trios didn't come more deadly than this! But, above all, the band's songwriting across Sacraments of Descension was stronger than ever, and the record rightfully reaped widespread acclaim.

Meanwhile, as the world plummeted further into chaos, PERDITION TEMPLE recorded a special full-length, Merciless Upheaval. Comprising four new songs and four covers for a total of 34 fiery minutes, Merciless Upheaval is indeed aptly titled and serves as a fitting, equally feverish counterpart to Sacraments of Descension. Much of that is down to the same lineup being in place, as iron-fisted as ever as they effortlessly unleash cyclones of classic death metal. Each member delivers a masterclass here, much as they did on the record's predecessor; their crush is chaotic and controlled simultaneously, their precision betraying no small amount of power. Of the four covers, we're treated to PERDITION TEMPLE'd renditions of Infernal Majesty, Pestilence, Mexico's Shub Niggurath, and of course Morbid Angel, making for an album-length experience which handily straddles past, present, and future.