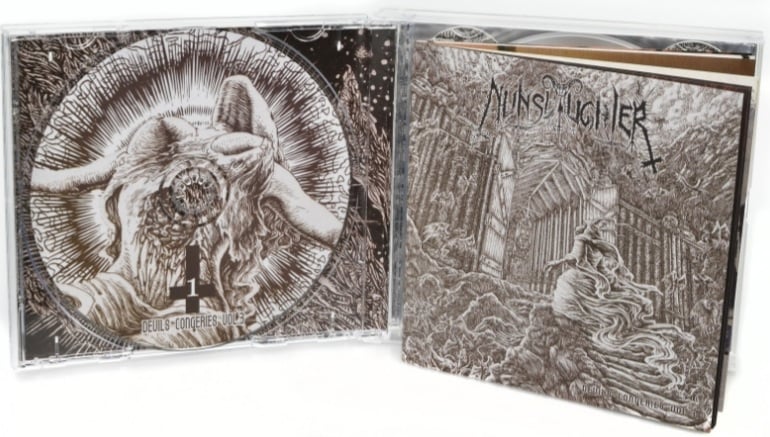 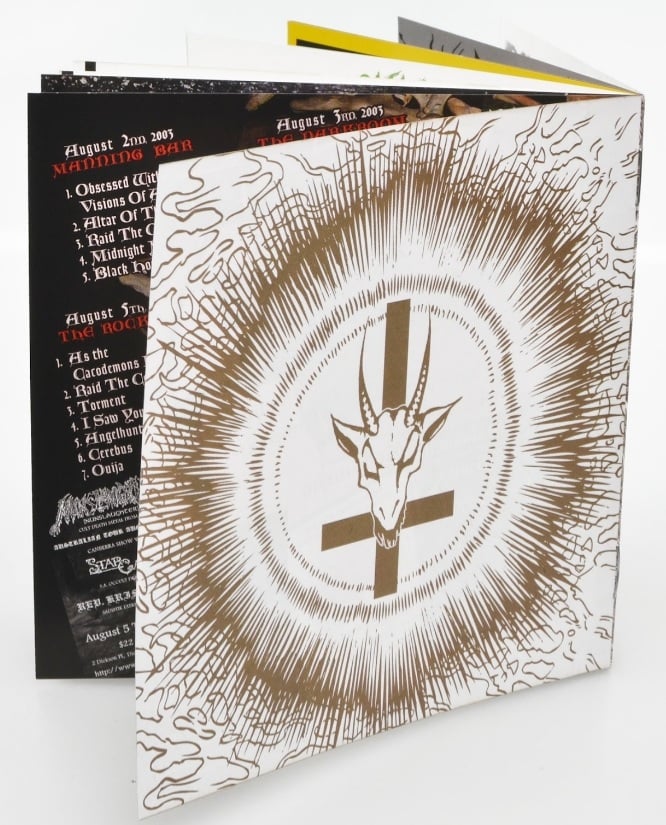 Once again, HELLS HEADBANGERS opens the vaults and collects a whopping nine NUNSLAUGHTER 7" EPs as well as a 12" EP to answer the black prayers of the band's rabid, diehard fanbase! Entitled The Devil's Congeries Vol. 3, this 2-LP set is the next of eight exhaustive collections that will compile every single short-length NUNSLAUGHTER vinyl release - a band whose discography is bested number-wise only by Japan's Sabbat and Belgium's Agathocles. NUNSLAUGHTER's best work is considered by many to be their EPs, and The Devil's Congeries Vol. 3 displays the band's trademark Devil Metal in all its diabolical 'n' dirty glory, collecting EPs and splits from 2003-2006: the Christmassacre 12"; the Rotting , Satanic Sluts, Burn the Cross 7"s; and the band's half of splits with Slaughter (Canada), Goatlord (US), Haemorrhage (Spain), THRONEUM (Poland), Krieg, and Brody's Militia. As a bonus, the CD version features the long-out-of-print live releases of Metal Assault on Sydney, Metal Assault on Melbourne & Brisbane, Metal Assault on Canberra, and Metal Assault on Adelaide, each one showcasing NUNSLAUGHTER in truly raw 'n' rowdyform. As an additional bonus, the CD version will also include the Metal Assault on Australia DVD, previously released by HELLS HEADBANGERS in 2005 but long out of print, making for a grand three-disc set. Topped off by an elaborate booklet archiving each EP's cover artwork and pressing information, The Devil's Congeries Vol. 3 is mandatory metal worship!