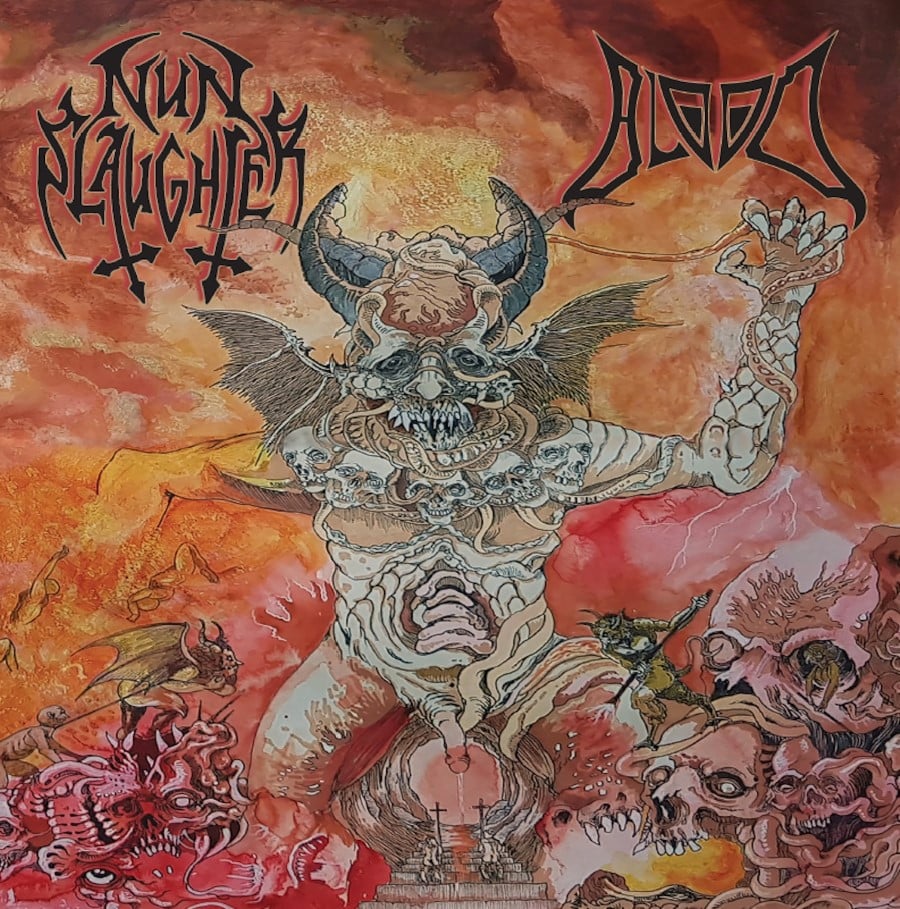 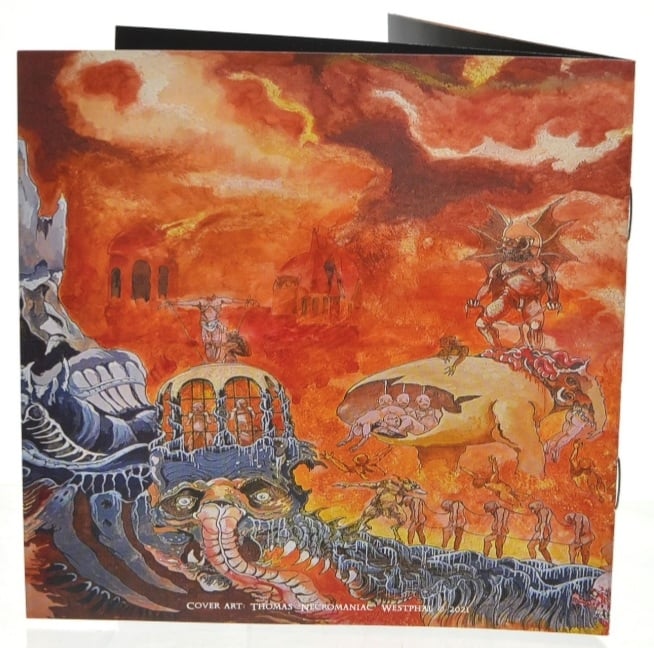 HELLS HEADBANGERS is proud to present a special split mini-album between NUNSLAUGHTER and BLOOD on CD, tape and 12" vinyl formats.

Featuring two of death metal's longest-running bands - NUNSLAUGHTER formed in 1987, while Germany's BLOOD formed the year before - this special split mini-album is a match made in HELL! Totaling seven songs in 18 minutes, the split features exclusive new material from both bands, propagating the glory of classic-values DEATH METAL done the old/right way. NUNSLAUGHTER offer up three quick-hitting bangers of their patented Devil Metal, here featuring the same rock-solid lineup that delivered their massively acclaimed comeback album, Red is the Color of Ripping Death, last year. More ripping and tighter than ever, songs that near the three-minute mark for NUNSLAUGHTER were once considered "epic" for them, but they're again proving the transition delivers the goods in (un)godly fashion. BLOOD likewise saw something of a quiet period in recent years, with their last recorded work being 2017's full-length Inferno, but the Germans' four tracks here show that they're making up for lost time - and then some! After an ominous opening march, BLOOD rip through three more minimalist-is-maximal anthems that prove their Cro-Magnon grinding death is cult eternal, and there's no reason to change it now. A long-overdue matchup here!