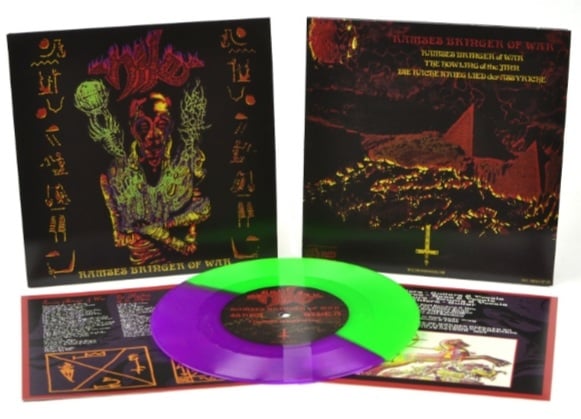 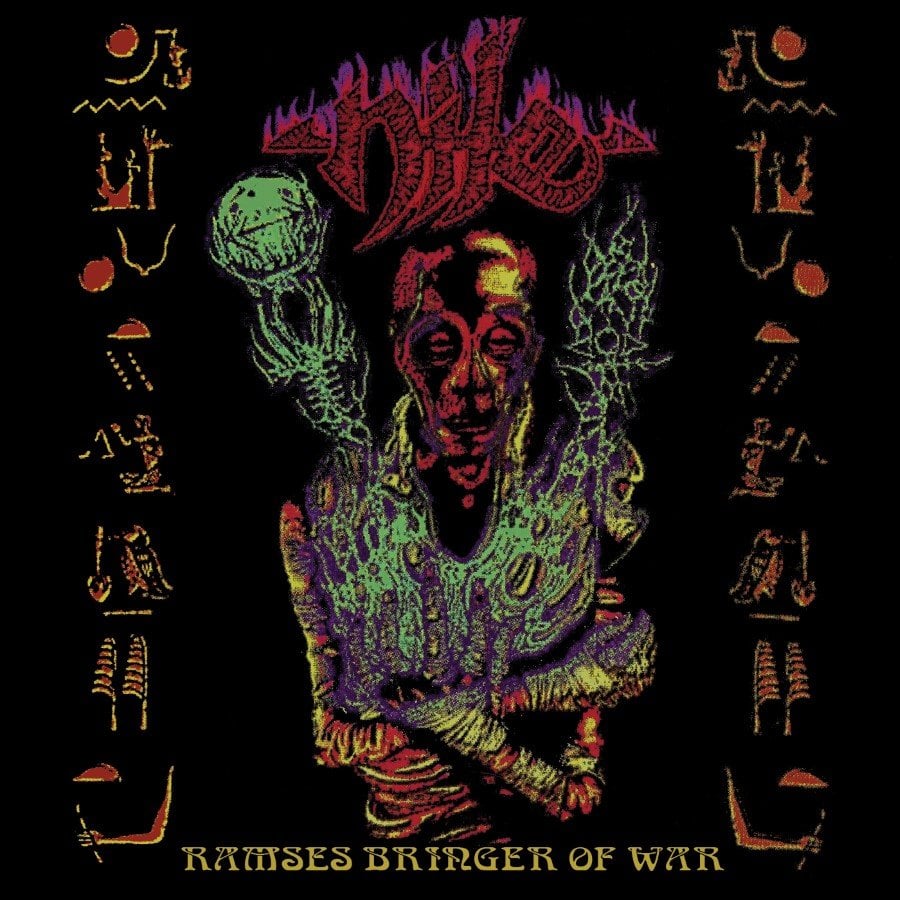 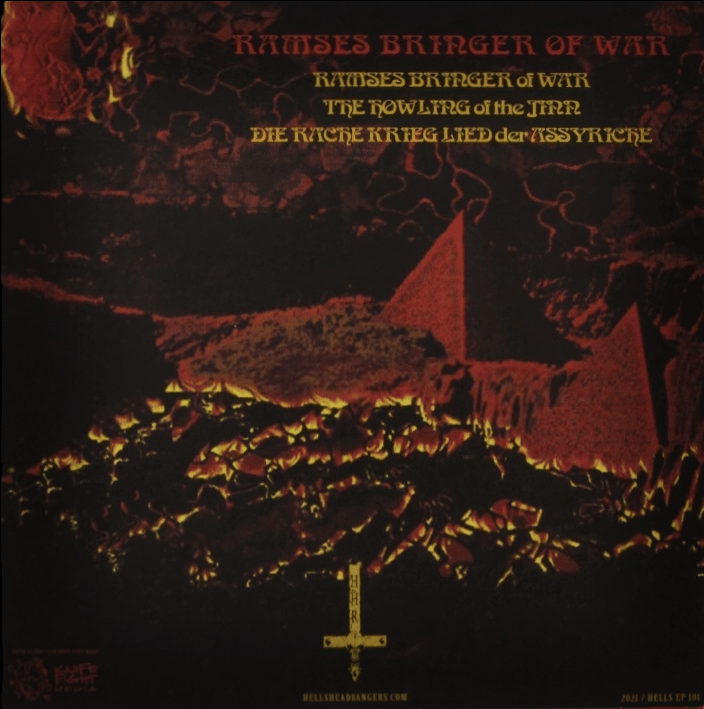 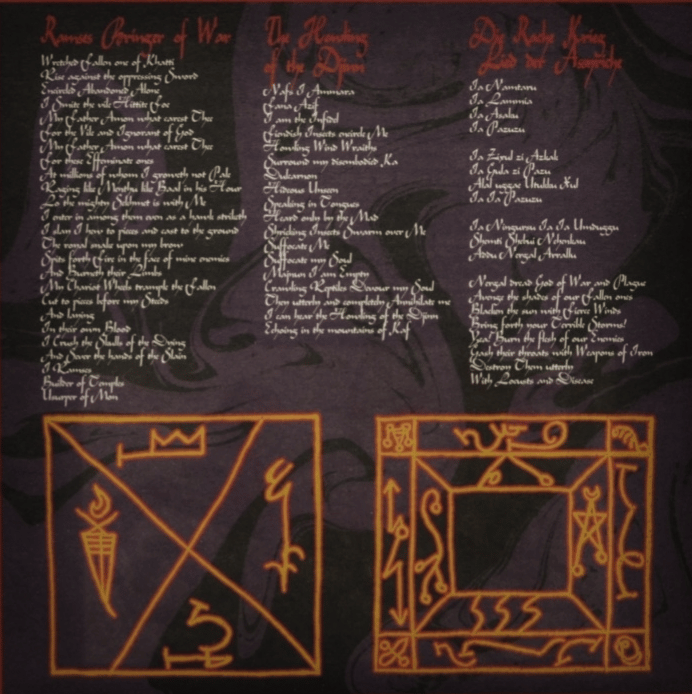 NILE require no introduction. For nearly 30 years now, the NILE name has stood as the definition of dark & challenging death metal, exploring Egyptian history and mythology with single-minded purpose. But back in 1996, when they released their second demo, Ramses Bringer of War, the NILE name was fresh and beginning to build in momentum within the underground – which soon landed them a contract with Relapse Records, which then resulted in their utterly classic debut album, Amongst the Catacombs of Nephren-Ka…and the rest is, literally, history.

As fans of NILE’s 1990s work in particular, HELLS HEADBANGERS is honored to reissue the band’s cult early work, starting with Ramses Bringer of War and, soon, the preceding Festivals of Atonement EP.