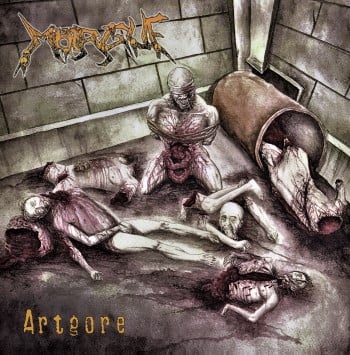 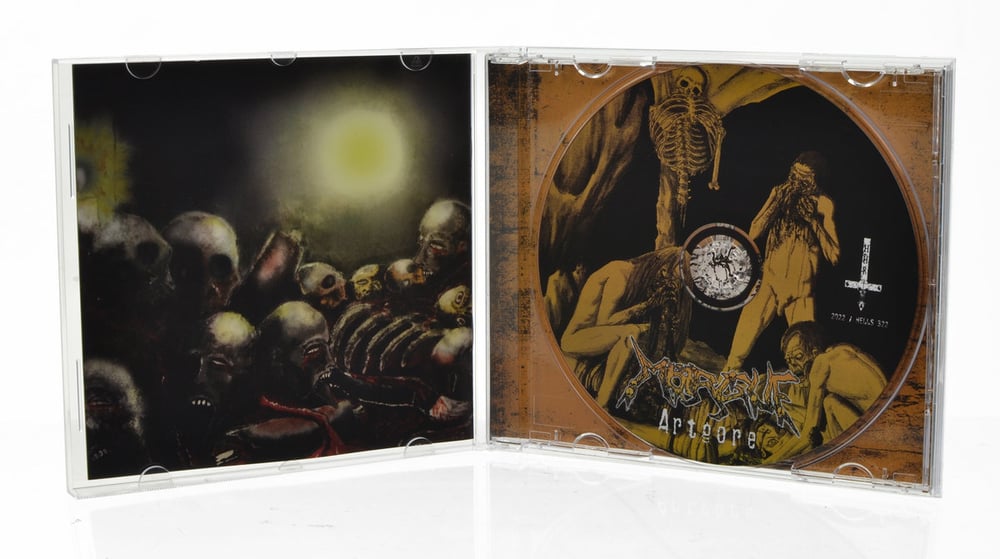 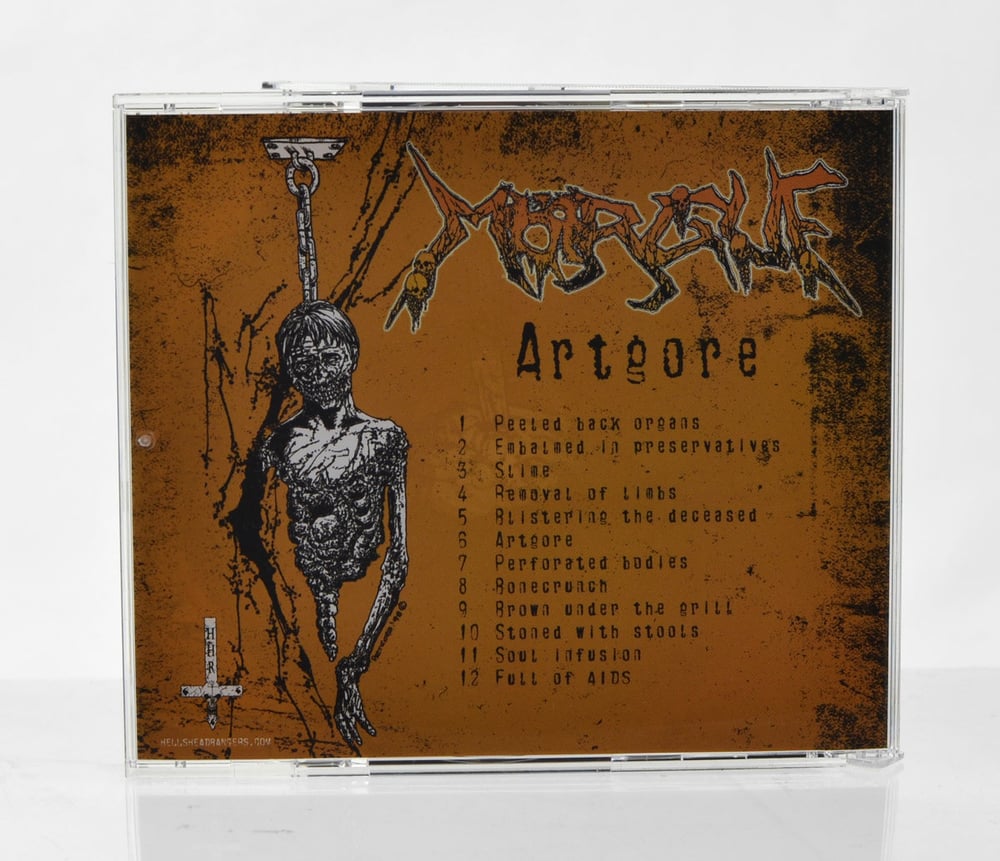 HELLS HEADBANGERS is proud to reissue the cult-classic debut album of France's MORGUE, Artgore, on CD and vinyl LP formats.

Formed in 1997, France's MORGUE quickly set to work on assaulting the death metal underground with an uncompromising style of goregrind-leaning death metal. After a demo, EP, and a couple splits – the second of which with fellow goregrind legends LAST DAYS OF HUMANITY - MORGUE were at last ready for their full-length debut in 2001. And what a debut it was: curiously titled Artgore, both the GORE and the GRIND were pushed to the extreme, and there was certainly no "art" in sight. With a production that was exceptionally sharp but also eerily echoed, MORGUE's restlessly blasting-and-slamming attack took on an impossibly heavier aspect, like a massive, rusted dumptruck sloshing viscera all around before a fateful dumping; that the band always seemed on the verge of chaos only heightened that terror. Or, in other words, total goregrind perfection.

Originally released only on CD through the cult label Ablated Records and out of print for nearly two decades, MORGUE's Artgore finally finds a fitting home at HELLS HEADBANGERS with not only a CD reissue but, for the first time ever, a proper vinyl release. REAL goregrind's undead!