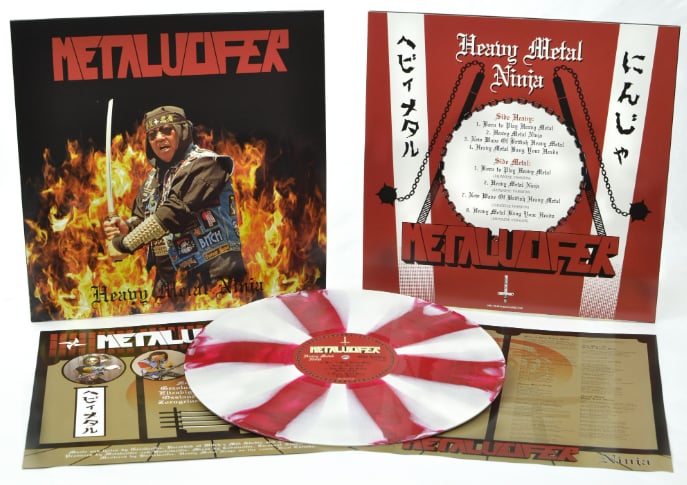 A cult band even among cult bands, METALUCIFER is the long-running side-project of SABBAT's Gezol. And whereas that legendary Japanese band has taken early black metal and twisted it to their own, immediately recognizable design, so, too, does METALUCIFER with more traditional idioms of heavy metal. From NWOBHM to early speed metal to even hard rock, METALUCIFER electrifyingly embody the unyielding HEAVY METAL SPIRIT, visually and spiritually personified by frequent cover star Neal Tanaka: arguably, the biggest metal maniac on either side of the Pacific.

And just like SABBAT's own insanely epic discography, METALUCIFER are no strangers to a release regimen that record collectors salivate after. The latest one is Heavy Metal Ninja, an eight-song/46-minute "double EP" of sorts that features four songs each done in both English and their native Japanese. From the strutting ‘n’ swaggering "Born to Play Heavy Metal" to the guts 'n' glory "Heavy Metal Bang Your Heads," from the juiced-up NWOBHM-style title track to the epic, very-literally-titled "New Wave of British Heavy Metal," all crucial METALUCIFER bases are covered - and TWICE, in two languages. Double your pleasure…and your bangover!