EMANZIPATION - RETURN BACK MY STAMPS (BOOK) 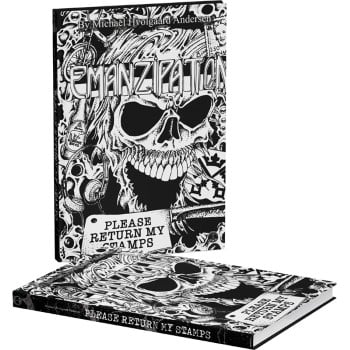 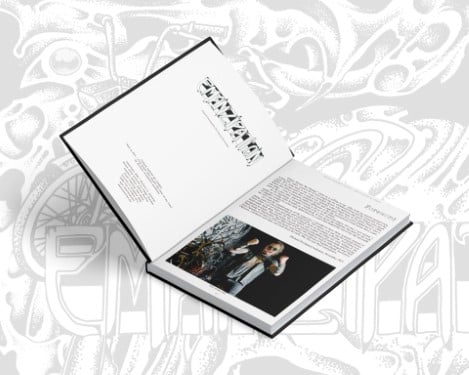 A book about the death metal underground metal scene from 1990 to 1994 written by Danish scene veteran Michael Hvolgaard Andersen. "Please Return My Stamps" takes you back to Naestved, Denmark in the early Nineties and tape trading, starting up a radio show at the age of 15, a fanzine at 16, a record label at 18 and the love of alcohol, extreme metal and almost getting arrested for the "please return my stamps" method and lots more.

The book, written in English, features 12 new chapters written in 2021 and 2022, original colors photos of Matti Karki of Dismember, Paul Masvidal of Cynic and Death and both Gregor and Nick from Paradise Lost back, and never seen before color photos of Napalm Death, Nocturnus, Obituary, Confessor and other cool stuff from the early 90s, like rare flyers and photos, concert tickets, flyers and scans the four original issues of the cult fanzine Emanzipation ‘zine written in the period this book is all about. The scans are from the original pages and features cut out logos and photos originally placed on the pages with glue. Everything was hand-made back then, except for the text which was written on Amiga 500. 200 A4 pages in total with new front cover artwork created by Jimmy Nielsen (Last Mile Records).