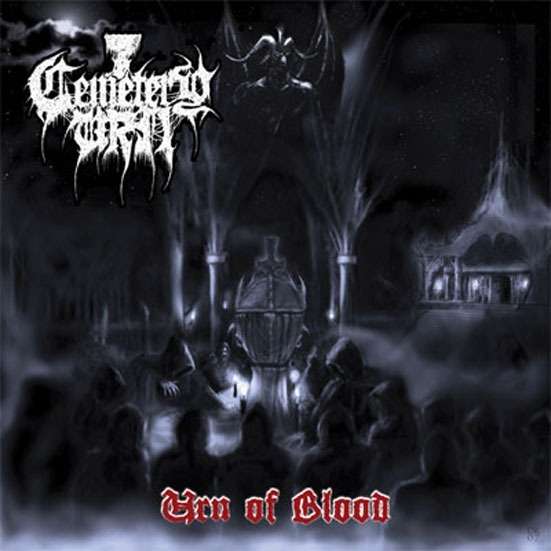 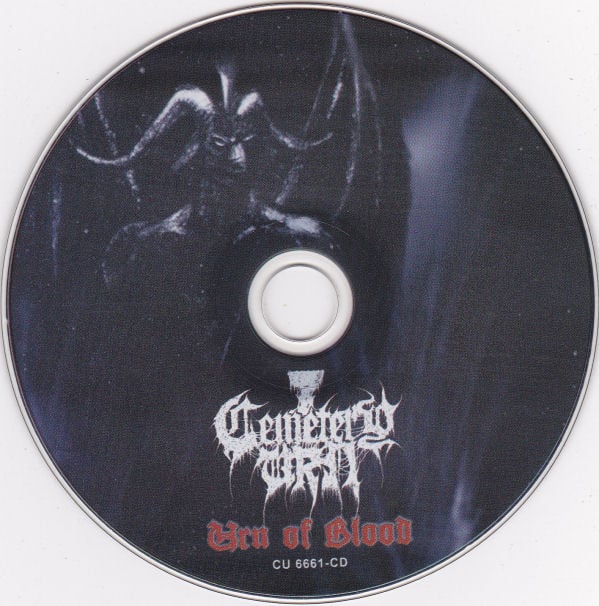 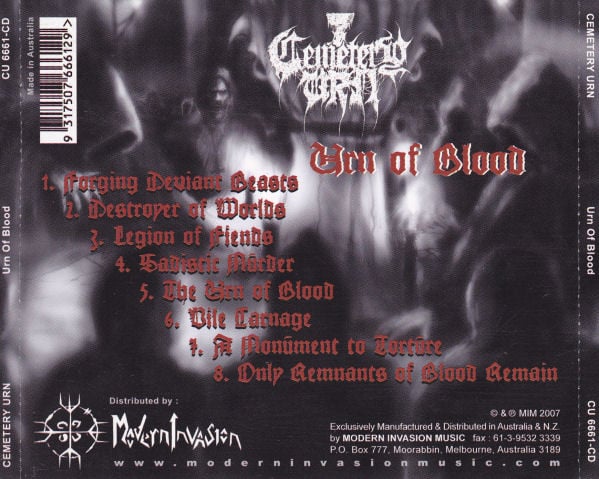 RELEASED IS 2007 !!! WE HAVE STOCK OF THIS HARD TO GET THROUGH DISTRIBUTORS WORLDWIDE THESE DAYS !!!

FORMED IN 2005 by ANDREW GILLON (ABOMINATOR / BESTIAL WARLUST) & DAMON BLOODSTORM (CORPSE MOLESTATION / BESTIAL WARLUST / ABOMINATOR / KUTABARE) during many meetings at the bar throughout the year of 2005. A dark vision of a new band was evolving. Through the alcoholic haze, a new force in Melbourne Death Metal was emerging. Vision of supreme drummer was realized by incorporating mighty MATT 'SKITZ'SANDERS (DAMAGED / TERRORUST / Ex SADISTIC EXECUTION / Ex DESTROYER 666 / HELSPWAN +++). The recording and mixing took place between February & June '07. Cemetery Urn with flamming roots in the past & burning creative hell in the future has created an independent Monster & remains as such to this violent day... BESTIAL WARLUST Deadly War Metal Noise is haunting the streets again!!! Keep your virgin daughters locked up at home!!! A METAL LEGEND WITH SUPREME OZ STATUS & OF STATUS OF PURE AUSTRALIAN BARBARIC DEATH IS ON THE MARCH AGAIN!!!