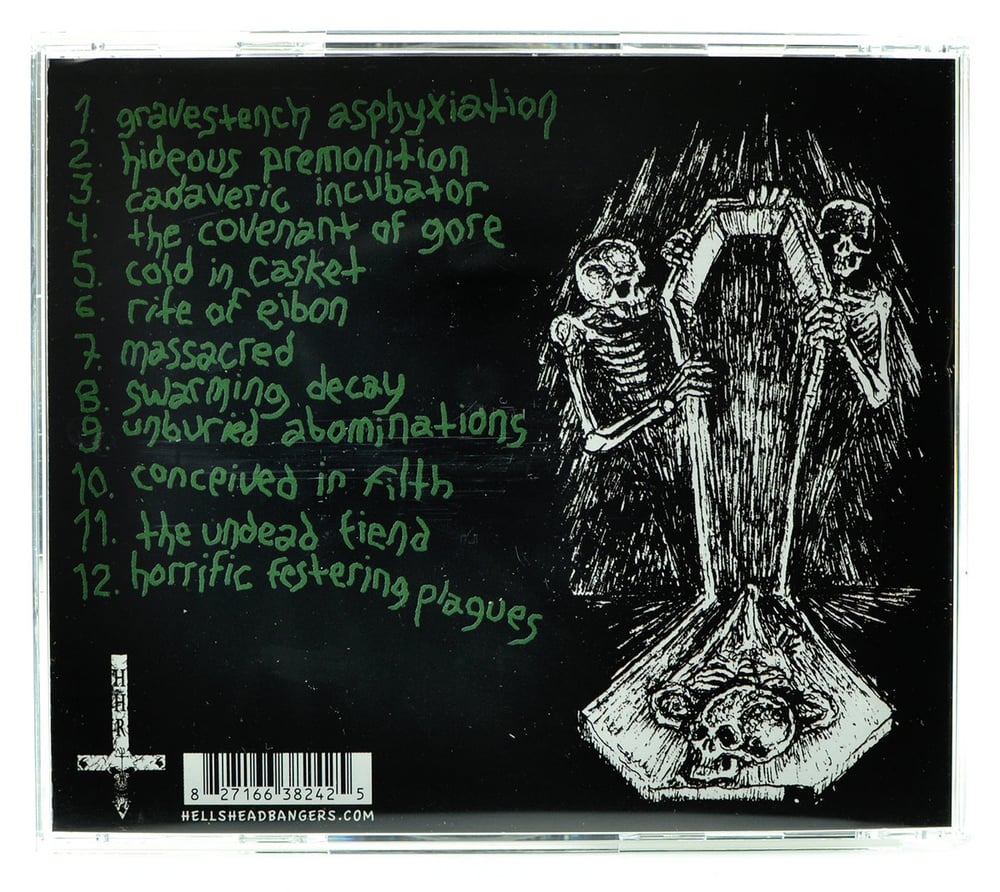 HELLS HEADBANGERS is proud to present CADAVERIC INCUBATOR's highly anticipated debut album, Sermons of the Devouring Dead. Comprising veterans of the Finnish underground, CADAVERIC INCUBATOR are a power-trio whose sole purpose is to bury the listener under miles of garbage and grime, sewage and sickness. Their long-gestating full-length debut, Sermons of the Devouring Dead comprises a dozen tracks of utterly ugly, morally bereft DEATH METAL of a most classic vintage - and authentically so. Forget about eras or scenes or geography; this is death metal for death metal maniacs, by death metal maniacs

CADAVERIC INCUBATOR was formed in 2005 by Necroterror (bass/vocals) and Humiliator (guitar/vocals) with the help of various drummers who came and went during the band's first incarnation, which lasted around two years. The aim was to create old-school disgusting sounds influenced by early Carcass, Repulsion, Autopsy, early Xysma, Mortician, Blood, the early Mexican Disgorge, and such. No fun and no political garbage usually associated with the more grinding side of things - just raw, filthy brutality and total death! But after two demos - only the first one, Resurgence of Morbidity, was released - and countless live shows, the band split up... more