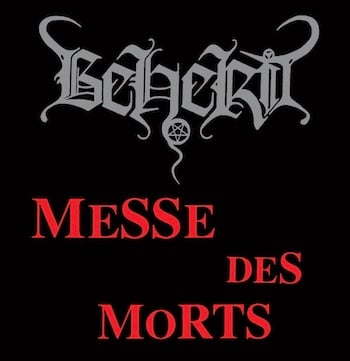 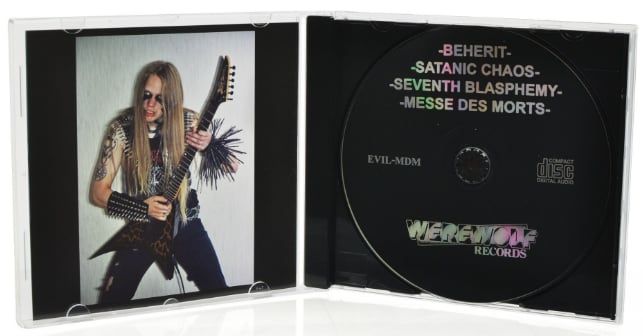 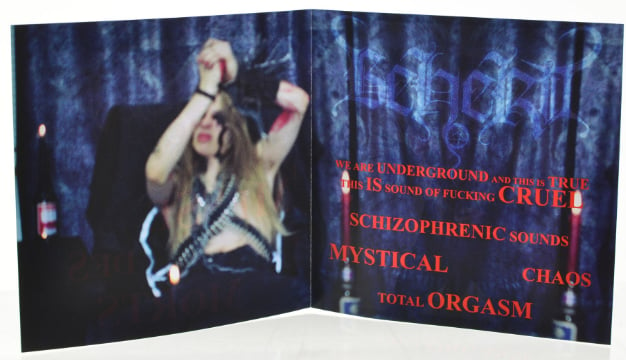 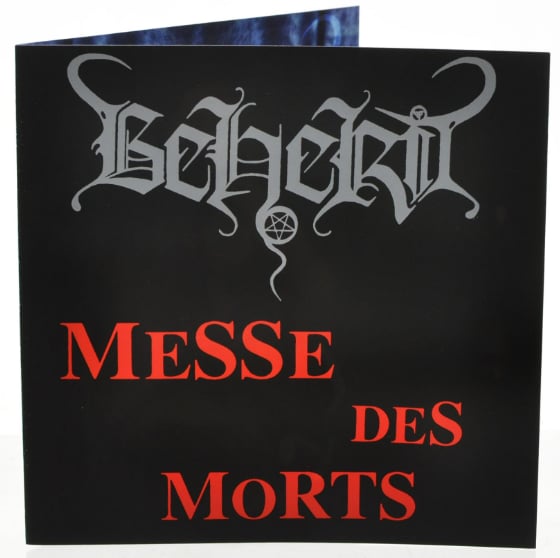 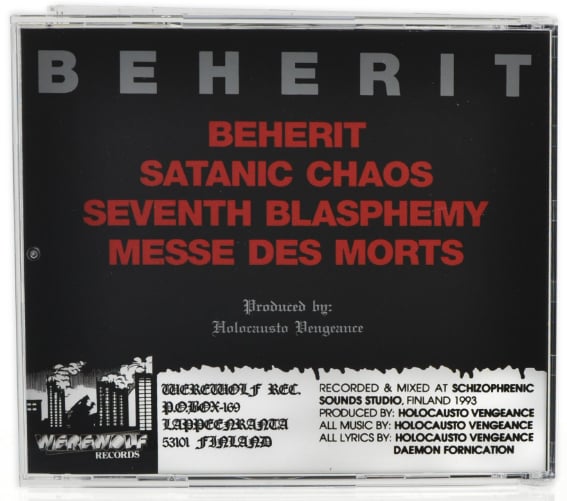 BEHERIT require no introduction. Arguably the most influential black metal band from Finland and no doubt one of the most infamous regardless of locale, mainman Nuclear Holocausto Vengeance has always followed his muse no matter where it takes him. And that certainly proved true with the synapse-frying EP Messe des Morts.

Originally released in 1993 on 7” vinyl by the notorious Necropolis Records, Messe des Morts immediately followed BEHERIT’s landmark Drawing Down the Moon. Whereas that album not-to-so-subtly hinted at the electronic textures to come, with Messe des Morts did Nuclear Holocausto Vengeance completely subvert expectations. The content itself was similar to what came before – albeit in a wilder and more chaotic iteration, if that can be believed – but it was the FORM where BEHERIT severed itself from convention, black metal or otherwise. Incredibly unorthodox at the time, everything across Messe des Morts seemed to stem from the crudest “instruments,” if they were actual instruments at all; given the scattershot drum-programming and the layers of drill fuzz across everything, it could be believed that the EP was entirely synthetic. And frighteningly so: Messe des Morts was utterly unhinged and ALIEN, especially Vengeance’s vocals, and served as a giant FUCK OFF to the rest of the scene before BEHERIT delivered the all-electronic H418ov21.C the next year.